> About me
Greg Raynard
About me... 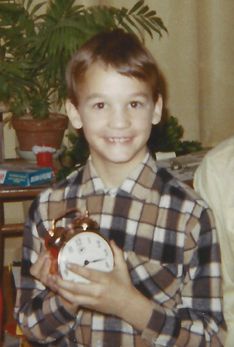 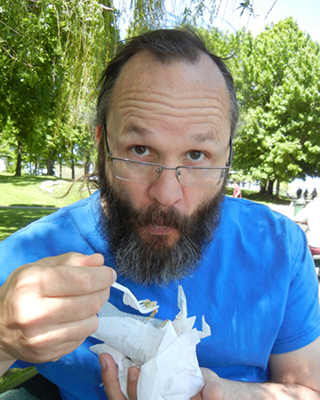 My love of the guitar came before my love of guitar music. My dream was always to become a guitar builder, a luthier.

The 60's- Melodica Player
As a child I played under the piano whenever dad practiced. My first instrument was a melodica.

The 70's - Bass Player, Guitar Player Wannabe
I began my electronics study while in grade school, in Brookline. A friend Kevin I had made at the temple gave me 2 books on the fundamentals of AC and DC electronics. Thank you, Kevin. After that I studied the Analogue Devices catalogue cover to cover, along with the Texas Instruments data book. Those books and the help of engineering friends were the foundation of my electronics training. I was repairing anything I could get my hands on back in the day. But I avoided working around the high voltages in tube amplifiers. That is, until one of those those lifechanging events where I earned my grown-up ears. Back to that in a minute.

When someone let me hold a 1957 Les Paul Custom like this one, 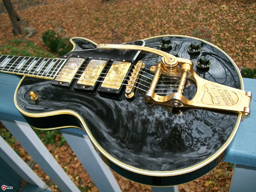 instantly I decided that I had to learn everything about the electric guitar. It was mind bending; the quality, the attention to detail, the balance, comfort and the sheer craftmanship. It was art, meant to be loved. I tried to get into Boston Trade school where they had a violin building course. I tried to get a job at Pedulla, a local electric bass builder who went on to become a small custom shop. I tried to study guitar building with Charles Fox, of VT. I attended Ace Carpentry school. I studied independantly to design pickups. I learned woodworking skills, paint skills and metal working skills needed to build guitars. I attended schools in Carbondale, Brookline, Framingham, Woburn, Walpole and Charlestown.

The 80's - Guitar Player - Inventor
I opened my business in 1980 under the name "Enhance", and secured 1-800-FIX-ME-UP (800-349-6387). I began prototying pickups of my own design. I launched a silent switching system with national marketing. Running my business part-time while running production control and physical stores in a computer company in Hopkinton. By 1983 it was obvious the way to pay the bills was in repairing, so I changed the name to "Mobile Guitar Support". In 1984 the shop showed it's first profit, this is what I consider the first year of the business. The shop was in the basement of our home in Medway, MA. It was a tiny shop, a very long single bench, a home made spraybooth, and a Shopsmith. I was already teaching repairs and helping other enterprenuers get started.

The 90's - Taskmaster - Father
I moved the shop to my new home on Rt 109 in Milford, MA. The two family home was me and the family upstairs, and at one point guitar builder Al Fry downstairs. Eventually I took over the downstairs for my shop. That was a very prosperous time, before Mars and Guitar Center came to Massachusetts. My first full time apprentice Bill McCommis trained with me, and while taking care of special needs kids full time. Billy left to work for Guitar Center for 18 years. John Crowley, Suzanne Walker, Jonah Strauss, Jacqui Swenson, Nick Pantazi, David Becker all apprenticed with me there at length. That was for me over 10 years of working 7 days a week 12 hours a day, with no vacation. Every year over the fourth of July weekend I would have a customer appreciation party, an outdoor cookout and stage with open mike all day and half the night. Neighbors would wander in and ask me if I knew who was throwing the party, so would introduce myself and offer them a burger, hot dog, and soda. There was always a band ready to play when the last was band was done. I stayed home and ran the business and was a stay at home dad. The kids grew up in the shop, around people, music, and all kinds of things needing repair. Back then I was still doing warranty work for Fender, Gibson, Marshall, Ovation, Tacoma, and Zon.

I started the website guitarrepair.com - In the true spirit of the web, a place to find helpful information. The website has never charged a penny for anything. I had the first online guitar repair rate sheet. I was on the Approved Vendor List for Mars and for Guitar Center. I also started FenderNecks.com, FenderService.com, and RaynardAmps.com and PurposeBuiltAmps.com.

I was recruited at my shop by my hero, Ken Parker to come establish a much needed repair department. I was responsable for top nut installation, final setup and full functional checks of every instrument, as well as any repairs. I proudly played every note on every string, no riffing. You have to do the job before you earn the right to riff, and even then... really.

The shop was in in East Walpole for a year but it was so small! When the lease was up I went to Mansfield MA in about 2000. The shop was now on the second floor which was bad enough but then they moved the stairs outside! In January 2009 I finally got this awesome house to rent right off Rt 140 where I am now. I have the shop at 375 West St Mansfield, MA currently. When I got here there were horses and paddocks, and a rescued burro. That's all gone but it looked like this. When I got here I changed the business name to "Cranky's" for several reasons. 1) I have answered the phone "Mumble Guitar Support" a million times and nobody ever caught on. 2) Scare away the feeble minded! The same reason I called my school "Bootcamp" and pump it all up full of fake-ass bravado. 3) Dichotomy - I am in thruth the most patient person you will ever meet. Unless you are calling to "check-in" before it's due date. 4) I wanted my Milford customers to re-discover me. That worked to some degree since the website looked somewhat different and had another business name. 5) Word play; it could have so many references... you have to think. 6) It's memorable.

Lifechanging events where I earned my grown-up ears.

I had a crappy little Champ amp and it was too quiet for any work with bands. That was my first amp, a gift from my dad, and I had loaned it back to him because I bought this Peavey 210 Watt solid-state piece of crap. It NEVER sounded anything like an electric guitar. I bought all kinds of rack gear and pedals to make the thing sound right but nothing made it right. On a whim, I picked up a B.K. Butler PA-1 rack TUBE preamp. I turned it on, and it was on the 'clean ' channel - the thing sounded like an electric guitar for the first time through that Peavey amp! So I tried the "lead" channel on the PA-1 and OMG WTF!! It was like my seeds dropped. In my mind I wrestled with that clean sound - it was completely clean but it sounded so complely different, authentic - how can this be? And at that time I only read about musicians preferring tube amps. I really had no clue that just one 12AX7A tube could make a night and day difference. Right then and there I made my mind up to learn everything about tubes, and get my Champ amp back.

But there was a problem. I had interviewed ITT tech and every place I might learn about tubes and there was nothing, nothing. Except the Air Force, who had promised me electronics training, my enrollment I re-thought. 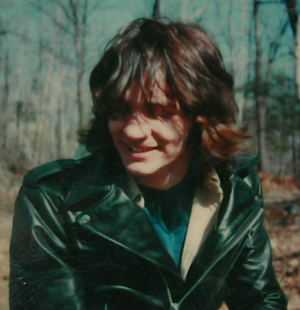 They WANT me? So I picked up some tube data books and Aspin Pitmans' "The Tube Amp Book". I carried that around and studied it cover to cover every chance I had. I even brought to a wedding or two. 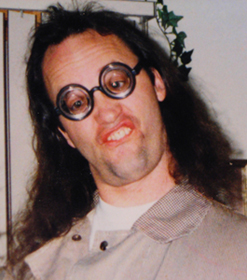 Eventually I had this "A-HA" moment, and in and instant was able to read tube amplifier schematics. Today I can evaluate one in no time at all, see the shortcomings as easily as determine the functions.

I have been teaching tube amp electronics since the late 90's.

In 2011 I had a motorcycle accident. 4 broken ribs, a broken colar bone and a traumatic brain injury. Since then I suffer Psoriatic Arthritis, which came on like gangbusters due to the blunt force trauma. For a couple of years I thought that was it and that teaching would be my only way to continue on. But my body has stabilized and in some ways improved. Most days I can open doors and turn screwdrivers and write. I really struggle with names now, even worse than before! I hear people say "don't you remember" more than I care to. I write everything down and leave stuff in my own way for the next day so I know I won't get sidetracked or forget. And I finally started inventing again, a kind of writers-glut I just had to live through untill inspiration returned. I wasn't sure if that would ever return. Oh and yes I was in the best shape of my life when I had the accident. I could one-hand a Twin Reverb (88 Lbs) onto the workbench (surface at elbow height , standing). Today I don't know what my body is going to do one moment to the next so I play it safe. These things have slowed me way down. Don't let it keep you away, this is still my only job and I need you as a repair student and I need your tube amp and guitar work!

In 2014 I dropped the "Bootcamp" and now refer to it as "mentoring". Just as well now that the term is being copied now in my own trade. Flattering, I don't mind. I made up the word so at least it lives on, right? I also dropped the restriction on tube amp students having to come from an hour away! My challenge to myself is to increase the student volume, and continue to roll out ideas until one takes on a life of its own. 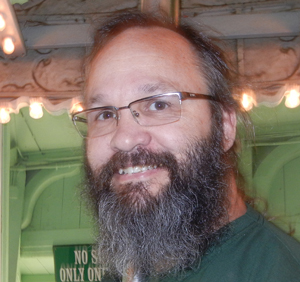 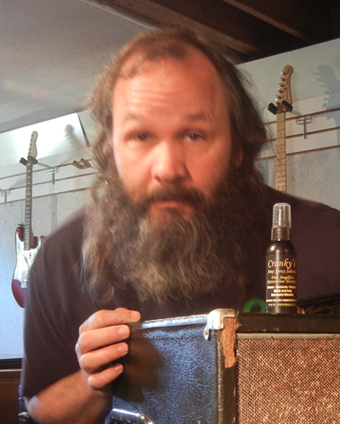